Redesigning our Campus Communities: What would a TEDCampus2.0 Conference Look Like? 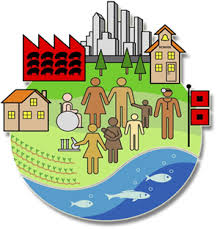 On September 20th, TED will be holding its 2013 TEDCity2.0 conference, a day-long conversation led by an eclectic group of thinkers from a variety of backgrounds, including art, anthropology, sustainability, engineering, and transportation to name just a few.  Their goal?  Discuss and imagine what future cities might look like.  As I see it, they are essentially exploring the question "How can we design and create more effective communities?"

That's a question institutional leaders should be asking as well.  Granted, some probably are; however, TED's City2.0 conference provides an interesting model for how campus leaders could go about exploring this question.  Rather than insulated conversations among small groups of academics, what would happen if a campus or group of campuses were to convene their own Campus2.0 conference?

First, there would be a small number of core themes or issues that would be explored.  Second, experts and innovators from a broad range of areas would be invited to ensure that a wide range of perspectives are represented.  Third, the dialogue for each session would be built around a number of provocative questions.


Session #1:  Redefining what it means to be a member of a campus community.
Those of us who live and work on college campuses have become too tied down by our "roles" and the scripts that go along with those roles.  Students go to class, take exams, and occasionally participate in on-campus events. Faculty members teach classes, sit on committees, and do research. Administrators worry about their specific programs and make sure that resources are allocated.  It's all very fragmented and disconnected.  Sessions and presentations around this theme would help members of a campus community consider common goals and purposes, invite members of the community to reconsider what their role in the community should be (particularly as it relates to shared purposes), and discuss how various members of the campus community can be brought together to collaboratively address real challenges on a college campus.


Who would be there?
The Dream Team (who we'd invite if we could have our pick of anyone)

Session #2:  Reinventing the Campus Experience
In a thriving campus community, the campus experience would shift from being focused on transactions (e.g. taking classes, providing instruction, coming to work to clean the buildings) to shared experiences that build meaning, social capital, and relationships.  So, we'd invite people that could speak to the ways in which experience can be designed to lead to these outcomes.

Who would be there?

Session #3:  Reimagining the Physical Campus
Campuses come in a variety of shapes and sizes.  Some are small campuses in large cities, others are large campuses in what students would describe as the middle of nowhere.  And, the exact design of a physical campus should vary depending on a variety of factors, including the size of the student body, whether it is a residential or commuter campus, and its institutional mission (agricultural land grant institution vs. science and technology).  The key is making physical design decisions intentionally and for the right reasons, not just under the pressure of space and cost.

Guiding Questions
Who would be there?
The Dream Team

So, now we just need TED to plan this conference and invite us all.  Would you come?

+Aaron Osmond, a Utah republican state senator from South Jordan, asserted in a recent posting on the Utah State Senate blog (which has, curiously, disappeared from the web) that the state of Utah should end its requirement for children to attend mandatory schooling.  Osmond's argument is centered on two main premises:


(a) The United States is a country founded on the principles of personal freedom and unalienable rights;" consequently, "no parent should be forced by the government to send their child to school" (direct quote from the original blog post).

(b) Parents have failed to take responsibility for and engage in their children's education, and the current requirement forces schools and teachers to become "surrogate parents, expected to do everything. . . . Some parents act as if the responsibility to educate . . . is primarily the responsibility of the public school system" (blog post).


While Osmond's two observations (i.e. that the US was founded upon personal freedom and that parents often don't take enough responsibility for supporting their children's education) are accurate, his logic is flawed at best and absent at worst.

First, in what is likely an act of deference to ultra conservative members of his party (as well as the Utah Eagle Forum, which seems to have as much control over Republican lawmakers as nearly any single individual or organization, even more than the LDS Church), Osmond selectively applies the worn-out "personal liberty" argument to promote a narrow political agenda.  The basis of this argument seems to be that because the US was founded upon principles of "unalienable rights," parents should have free license to make any and all decisions regarding their children's lives.  However, Osmond and his colleagues don't allow political opponents to use the same logic (personal freedom = parents can do whatever they want) in other aspects of parenting (e.g. taking their children to a restaurant that serves liquor in plain sight).  He can't selectively apply the personal freedom argument in some contexts, but not others.  Additionally, this line of logic is incredibly naive for someone claiming to be a lawmaker.  The basic premise of the law-making process is that governments limit some freedoms in order to promote the general welfare of its citizenry.

Second, Utah is already incredibly friendly toward parent choice in education, providing a number of home and charter school options.  In fact, for those parents who choose the home-school route, there is no mandatory testing or curriculum inspection--all they need to do is sign an affidavit committing to teach the same subjects as public schools and for the same amount of time.  In my opinion this already borders on negligence and couldn't be much more parent-choice friendly.  There doesn't seem to be much wrong with the current system in terms of providing parents with freedom to make choices about their children's education.

Third, although most parents could do more to be involved in their kids' learning (and some could do much more), making school "optional" isn't likely to help things.  Salt Lake City School Board member Michael Clara put it most succinctly "the cure would be worse than the disease."  Imagine what an already disengaged parent would do if his kids weren't forced to go to school?  Exactly.  He'd do nothing.  How is that better?

Finally, and most importantly, education is a public good.  So, while a parent should have some choice in how, when, or where her child is educated, she should not have the choice of whether her son or daughter receives an education because all of her neighbors (both present and future) need that son or daughter to be educated.  State and local governments (and, increasingly, the federal government) are concerned about and involved in influencing educational issues because having an educated citizenry is essential for a democracy to function.  So, ultimately, education is a means to enabling the very freedoms Osmond supports.

Because Osmond has seemed relatively intelligent in the past, I'm going to give him the benefit of the doubt and believe that he hasn't somehow become stupider over the last few months.  Rather, I think he's probably been influenced by big players in Utah politics.  Regardless, his thinking that education could or should be made optional is flawed.