Tears, disappointment, and feelings of success: Revisiting the power of reflection 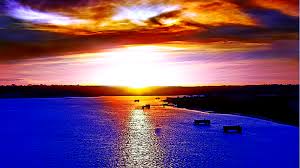 A significant portion of my time each week is spent in conversations with undergraduate peer mentors who work in the Freshman Mentoring program at BYU. I've found that one of the best things I can do in these conversations is to ask peer mentors to tell me stories about their mentoring work. For me, this is a beneficial exercise because hearing these stories gives me remarkably raw and authentic insight into the experiences of the mentors I'm supposed to support and develop.  Some are stories of success (e.g. a student who finally agrees to visit the counseling center for help in dealing with a mental health challenge); some are stories of failure (e.g. I met with the student three times before the exam and he still failed).  But, the most interesting stories I hear are those that are a bit of both.  Earlier this week I heard one of these "hybrid" stories. And, as I listened, I was reminded of how powerful reflection on experience can be in driving learning and facilitating personal transformation.

Topher is everything a person like me would want in a peer mentor.  He is a great student, not just because he is successful in terms of things like GPA, but because he understands learning in the deepest sense.  He reads, writes papers, and prepares for exams because he enjoys learning and knows that he's preparing himself to be more useful as a citizen, an employee, and a human being. He    is a southerner and endears others to him with his easygoing nature, big North Carolina Smile, and social versatility (in a single conversation he can talk intelligently about philosophy, transtition to Chinese culture, and then finish with his thoughts on why the Duke Blue Devils are the most overrated team in the upcoming NCAA tournament. When you meet him, you don't have any reason to believe he wouldn't be successful in just about anything he does. What's more, he fully expects himself to be successful. This isn't to say he's arrogant--it's just that a lifetime of experience has taught him that if he works hard, he'll achieve.

Last fall when he first began working for us, that narrative of traditional success continued. His students loved him, they lined up out the door to meet with him, and he felt incredibly useful and successful.  After all, he was helping lots of students and they appreciated him for it.  However, when he returned from Christmas break and inherited a new group of second semester freshmen  to mentor, things were a lot different.

It's important, at this point, to understand the nature of the work of peer mentors at BYU. During fall semester, they provide mentoring support to a group of students who have just arrived on our campus.  They don't know where the library is, they have never lived away from home, and they are generally fairly receptive to help from someone who has been down the college road before. What's more, my experience has been that new students have a way of imprinting upon their peer mentor(s) because they are one of the first people they meet when they come to campus for New Student Orientation. So, during this first semester, peer mentors are positioned to be both needed and wanted by the students to whom they have been assigned.

Winter semester is different.  Because mentor assignment is determined by course registration, mentors inherit a group of completely new students and students are handed off to a new mentor, with whom they have no relationship. And, there is no imprinting period to facilitate the development of this new relationship.  On top of that, students have been at the institution for a semester and (for the most part) have been successful in passing their classes. This all means a rough slog for an invested, interested peer mentor like Topher who ideally wants to build a relationship with all of his students.

The story of Topher's mentoring so far this semester has been sporadic meetings with somewhat apathetic students who come to him mostly because they feel guilty if they don't respond to the guy who has been emailing them since January. And, a good portion of the time, a student will make an appointment, but then never show up.

This all sets the backdrop for the story Topher told me last Tuesday in our meeting. He had finally made a breakthrough with a student who has been struggling all semester.  The student is failing most of his classes, rejecting the help offered by professors, teaching assistants, and others, and up until recently, had never responded to Topher's emails. But, late last week, he came out of the woodwork and scheduled a meeting.  So, naturally, when I met with Topher earlier this week, I was expecting to hear a story about how successful he had felt.  I did hear a story, and it was about success, but it didn't really fit the typical "script" of peer mentor success (or at least the script Topher had held about what it means to be successful up to this point).  In Topher's own words:

"Today I had a meeting with Brad [Topher's student supervisor] and we talked about my meeting with Caitlin. She came to our meeting peppy but when we started talking she broke down in tears about her feelings of self-disappointment and failure. She hasn’t been performing up to her standard in organic chemistry and it’s had a negative emotional impact on her. Brad turned that into a discussion about the nature of success and how it should be measured. Since I’ve encountered a great deal of difficulty in setting up student meetings and have any form of consistency in my meetings with students, like Caitlin I haven’t felt like I’ve earned an A in mentoring this semester. I feel that my impact has been minimal or at best superficial. But I want the depth, and I want to really be an agent for change or growth in the lives of these students. That’s the attitude that I’ve brought with me to my meetings, and it’s the attitude that I took with me into my preparation for my meeting with George. I spent an hour  and a half extensively planning a reflective meeting to help adjust his perception of American Heritage [a challenging general education course required of all BYU students]. From the last meeting we had he disclosed that he didn’t care much for the class and didn’t see much of a point in it. What I saw in him as we talked was a deeper apathy about his BYU experience in general, so that’s where I was going to begin, but he cancelled; and I felt especially disappointed. I really wanted that meeting to happen, not because I needed employment or because it was obligatory for me to insert myself into the life of this student, but because I really wanted to. He didn’t show, and I felt a disappointment I haven’t felt since my mission. I realized in the moment that I felt such significant disappointment that I was being successful as a mentor; that I was doing things right."

As much as I'd like to take credit for facilitating this shift in Topher's thinking about what it means to mentor and what it means to be successful, it didn't have anything to do with me.  In fact, Topher had "told" this story before he ever sat down in my office. His story (as shared above) was actually a reflection he wrote on the day George stood him up. At the moment he was feeling discouraged at not being able to help, one of his first thoughts was "I need to reflect on this." Somehow, he knew there was a lesson embedded in this experience, but that he wouldn't discover unless he started to write.  So, he pulled out his laptop and typed out this story.

For peer mentors (and, I would argue, any learner), telling these sorts of stories isn't just therapeutic. It is a reflective tool that positions them to make meaning from experience and move toward new understanding.  In Taylor's story, we see how his understanding of what it means to be a mentor has shifted from "meeting w/ students" to "being prepared to be a resource who can support student success." Relatedly, he comes to redefine success not as holding meetings, but in genuinely caring about the success of his students and doing all he can to support them. And, this is not insignificant learning for someone in his role. It represents a fundamental shift in his frame of reference towards mentoring and will shape how he approaches and evaluates his work in the future. In this way, it seems closely aligned with what Jack Mezirow has described as transformative learning that is personal, irreversible, and integrative.

This is the type of learning that is possible when we engage learners in meaningful reflection on experience.  Reflection invites learners into a space where they can inquire into their assumptions, derive learning from experience, and articulate new understanding.  Topher wasn't just telling a story or simply putting into writing something he already knew.  He learned as he wrote.  That's the power of reflection.