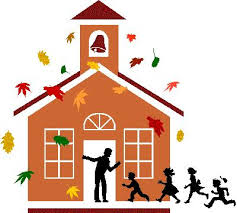 In his book First Democracy, +Paul Woodruff argues for a set of seven democratic ideals (i.e. freedom, harmony, the rule of law, natural equality, citizen wisdom, reasoning without knowledge, and education) and their value for communities and institutions.  Using ancient Athens as a model, he describes each of these principles and then asserts that they still have relevance and value for contemporary political systems.

I'm only one chapter into the book, so I won't say any more about Woodruff's argument, but I am particularly interested in his chapter on citizen wisdom, because it seems to address a question that I've written about in a past post, specifically, the role of "non-experts" in making decisions about public education.  Woodruff uses the term "ordinary citizen" in reference to this group who have no formal training or expertise in particular aspects of government.

In the 2011 post that I linked to above, I raised the question of when we should involve ordinary citizens and when to tap into "expertise" when addressing educational problems or challenges.  I can't say that I am any more clear about that question as I write this post more than two years later.  However, Woodruff's introductory chapter has made me wonder about this question again in light of what he asserts about democracy.

First and foremost, he points out that voting, majority rule, and elected representation do not constitute democracy.  So, my previous argument that ordinary citizens are democratically involved in making educational decisions because they vote for elected representatives is flawed and I readily admit that.  For Woodruff, a "true democracy" is one where all adults are free to have a voice, join the conversation about key issues, and play a role in the decision-making process.

This sounds great on paper.  How could someone disagree that all members of a community should have their voices heard and be involved in the workings of government?  At the risk of being labeled un-democratic or anti-American (which is a particular risk where I live) I'll admit that, when it comes to decisions about public education, this idea scares me.  Quite frankly, I'm not sure that everyone in Provo or Utah County, or Utah, has the experience and knowledge necessary to make informed decisions about our schools.  It's not lost on me that, in saying that, I sound incredibly arrogant.

It's important to understand where my biases lie and where they come from.  I have taught in public schools in two districts in Utah, I work in an educational setting now (higher education), and I consider myself somewhat of a "scholar" when it comes to educational issues because of my graduate training.  So, naturally, I view education and learning as complex and nuanced ideas that are easily misunderstood.  Accordingly, I'm leery of letting just anyone have a strong voice when it comes to decisions about these issues.

At the same time, I also acknowledge that educational expertise (like any form of expertise) has the potential to lead to blindness and catastrophic mistakes.  So, I'm interested in exploring ways that both experts and ordinary citizens can productively participate together in making decisions about public education.  So, how do we do it?

I don't yet have any good answers.  Instead, I have a related question that might help to extend this discussion:  How should ordinary citizens prepare themselves to participate in this process?

I wrote out a really incoherent response to that question but the longer I wrote, the more uncertain I became.  So, I'll spare readers from the pain of reading those ramblings.  Instead, I'll finish with a final assertion and a plea for help.

So, here's the plea, what should ordinary citizens be doing to prepare themselves to participate in decision-making about schools?  And, how can "experts" assist and support citizens in those efforts?

Again, I've struggled to know how to answer this question. In fact, because these are all such complex questions, this has been one of the most difficult posts I've ever written because I don't have any good answers.