We're not all Paul Ryan or Aaron Osmond: An argument for supporting all parents and all children 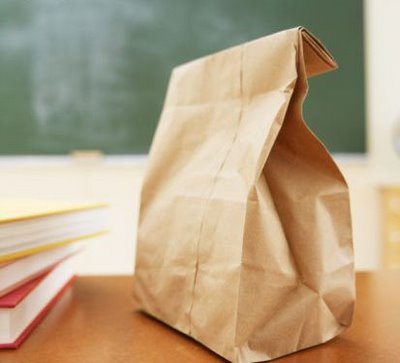 Last Thursday, in his remarks at the Conservative Political Action Conference, Republican Senator +Paul Ryan (Wisconsin) took aim at free school lunch programs, using them as an example of the way in which the left offers "a full stomach, and an empty soul."  His remarks seem to imply that children who eat school lunches (whether they're subsidized or not) have parents who love them a little less than their best friend who brings her sandwich and apple in a nice brown paper sack (In a deliciously ironic move, he finished the speech by relating a story that was originally told by Laura Schroff, who I heard speak two weeks ago and who is actually an advocate for the programs Ryan seems to despise).

Ryan's remarks fit the pattern I've observed a number of times, from various politicians, over the last year or so.  The narrative goes something like this:    "The [opposition party] is morally wrong for providing free [fill in the blank].  Parents who take advantage of this [fill in the blank with federally subsidized program of your choice] are bad parents.  Good parents do [fill in the blank with what your "good parents" did to make you into the moral role model you are today].

A supporting case (or two) -- last summer, Utah State Senator +Aaron Osmond proposed that mandatory school attendance be abolished because it encourages parents to shirk their responsibility to educate their children (a view I've critiqued here).  He softened his stance somewhat later in 2013 and offered up a modified proposal that would require parents to opt-in to the public education system.  In Osmond's modified plan, those parents who avail themselves of public education's services would also be required to enter into a "Public Education Parent Participation Contract," that among other things would require them to attend all parent-teacher conferences, ensure all homework is completed, and cover the costs of any remediation received by their child.

Underlying arguments like those made by Osmond and Ryan seems to be the belief that every parent of every child is equally capable of providing the very same support.  Ryan believes every parent can and should make his child's lunch in the mornings.  Similarly, Osmond seems to believe that parents come in a two discreet types:  (a) those skilled and competent enough to educate their own children or (b) financially secure enough to cover the costs of their children's "remediation" (not sure what that means, but apparently Osmond has a nice tight definition for it that will avoid all controversy ).

Osmond, Ryan, and others making these kinds of arguments seem to have forgotten that parents come in a wide variety of "flavors."  While the brown bag lunch crusaders and laissez faire education advocates would like to believe that every parent has an equal (and, it seems, inexhaustible) supply of educational acumen, time, and money, the reality is that today's parents look a lot different than those that raised Osmond and Ryan.  There are parents who, despite their desire to be as helpful to their children as possible, don't have the intellectual, social, and financial capital as do others in their communities.

Osmond's proposal is presented as a way of "liberating" parents from the mandates of an oppressive government, however, this liberation only extends to a certain class of parent.  Osmond seems to have forgotten the parent who works 2 - 3 jobs, speaks limited English, or who can't afford to pay for remediation.  Ultimately, for a growing segment of the population, these plans masquerade as virtuous ways of supporting and liberating families, when in reality they are veiled forms of oppression for those without the privileges enjoyed by the naive lawmakers making the proposals.  Utah Senator Luz Robles, in responding to Osmond's original plan for ending mandatory education, said it best:

Not everyone might have a highly educated, Ph.D. mom or dad, what might happen to that child [who does not]?"

If Osmond, Ryan, and others are really interested in supporting parents, they can make good by considering how educational policy and legislation might be crafted to support all parents.  In a recent post on his excellent blog, my good friend +Greg Williams argues that any comprehensive attempt to improve educational systems has to acknowledge the critical role that parents play in their child's education.  He concludes his post with this provocative question:  "Why aren't we having more discussion about helping parents be great parents (emphasis is mine)?"

It's a tremendously important question and one I would posit to those who only seem interested in penalizing those parents who, despite their best efforts, can't support their children by offering home school, packing a brown-sack lunch, or doing the things Ryan and Osmond would have us believe are the hallmarks of a "good" parent.